by Editor
in News, Portfolio, S.E.E.T 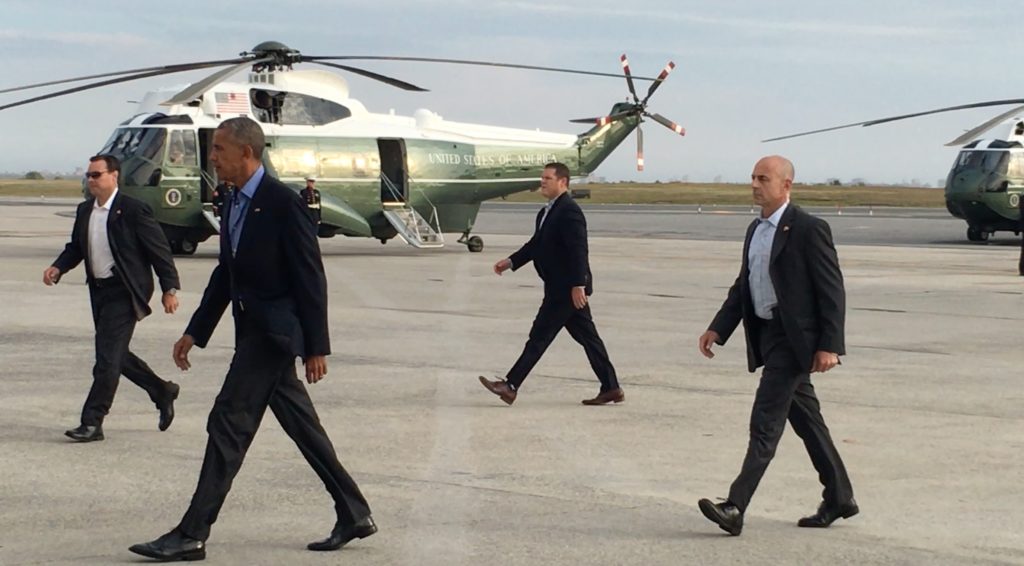 Former President Barack Obama arrived in Kenya Sunday,  his first post presidential visit to the country and the continent since leaving office in January 2017.

The American 44th-President, who has direct ancestral ties to Kenya through his father, is in the country for a two day visit to open a new sports and vocational training compound built by Sauti Kuu Foundation, Sauti Kuu Foundation’s Sports, Resource and Vocational Training Centre.

The foundation, which was founded by Dr. Auma Obama, the president’s half sister, provides educational, economic and cultural opportunities to help young people in the country change their lives and communities. Sauti Kuu, stands for “powerful voices.”

Upon his arrival on Sunday in the country’s capital, Nairobi, President Obama paid a visit to Kenyan President Uhuru Kenyatta at the presidential palace. The two leaders were joined by Kenyan Vice President William Ruto and other Kenyan senior government officials, who cheerfully welcomed Mr. Obama back to his ancestral home.

Obama last visited Kenya in 2015 during a presidential trip to Africa.

During his visit Sunday to the presidential palace, President Kenyatta and President Obama discussed ways to empower and support African youth, and effectively harness their creativity and energy to help them become the continent’s most valuable asset as well as its agent of change.

Kenyetta, on behalf of African leaders, pledged to support the Obama foundation’s vision for African youth and help scale up the programs across the continent.

At the end of Obama’s visit, President Kenyetta presented the former President with two books about Kenya and African youth: “Aspirations of a Generation: Youth of Kenya” and “Kenya at 50”

Obama, a celebrated author of two books, ahead of this trip last week published on his official facebook a recommended summer reading list, which included five celebrated African writers, namely:

While in Kenya, Obama will also meet with former Prime Minister Raila Odinga, the leader of Kenyan opposition party who ran against President Kenyatta in the country’s last election.

Following the inauguration of the complex on Monday, Obama will depart Kenya in the evening after visiting with some of his relatives and heads to South Africa for the second leg of his trip.

In South Africa, the former president will meet with South Africa’s President Cyril Ramaphosa in Johannesburg on Tuesday. Later that afternoon, he will participate in an event honoring the centennial Nelson Mandela’s birth, where will deliver the Nelson Mandela Annual Lecture.

Obama will stay in South Africa until July 19.

in Inside Africa, News, World Briefs
Biden Picks Former U.N. Ambassador Samantha Power as USAID Administrator
in Business, News
Presidents Kenyatta, Trump Hold Bilateral Trade Meeting at the White House
in Policy
President Barack Obama Urges “All Kenyans to Work for an Election – and Aftermath- That is Peaceful and Credible”