by Editor
in Business, News 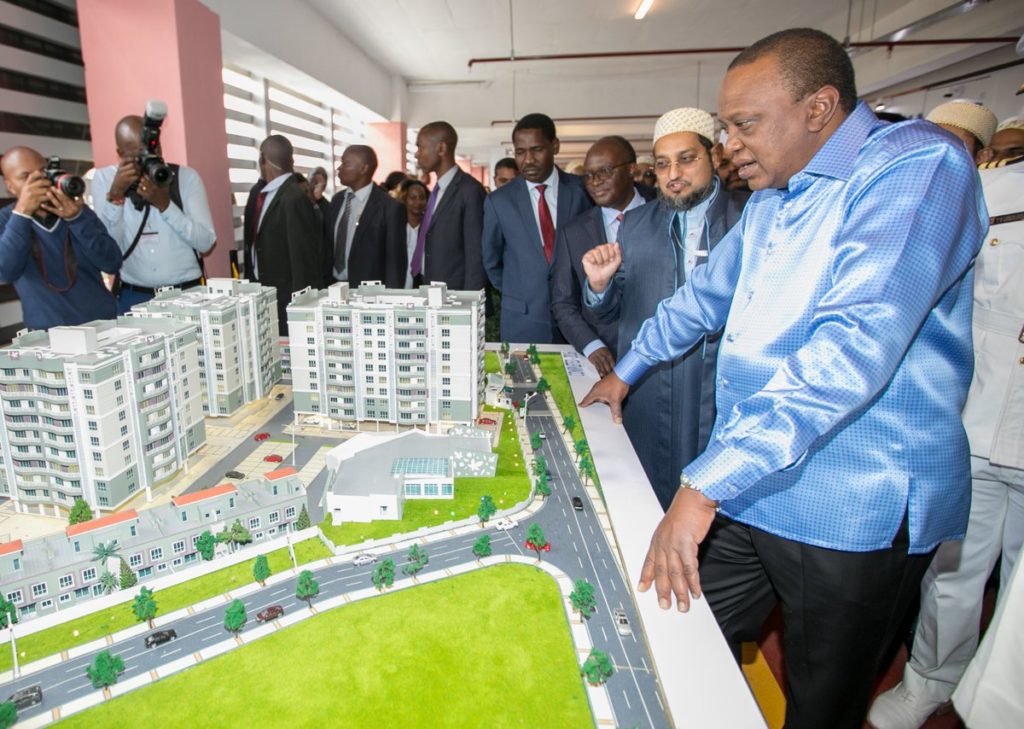 President Uhuru Kenyatta during the official inauguration of the Prism Towers, an architectural building in Nairobi, the country’s capital.

President Uhuru Kenyatta of Kenya will meet with the United States President Donald J. Trump on Monday for a bilateral meeting at the White House.

President Kenyatta arrived in Washinton D.C. on Saturday, his offical visit to the U.S. and the White House since his reelection. He is accompanied by the First Lady of Kenya Margaret Kenyatta.

The First Lady Melania Trump is scheduled to join her husband in welcoming President Kenyatta and Mrs. Kenyatta to the White House, and attend the bilateral meeting.

The two leaders plan to mull ways to increase trade and investments between their two countries as well as schemes to strengthen and deepen the longstanding strategic partnership.

Kenya is one of  U.S.’s major partners in Africa, both in terms of trade and security on the continent, as well as a cornerstone of peace and stability in the East African region in fighting terrorism.

Vice President Mike Pence and Secretary of State Mike Pompeo are also scheduled to attend the bilateral meeting, along with other senior officials from the Trump administration.

President Kenyatta’s visit to the White House was scheduled earlier this month, but comes on the heels of President Trump’s recent divisive remark about South Africa.

Lexi Novitske, a co-founder and principal investment officer at Singularity Investments, a venture capital firm based in Nigeria, said President Kenyatta’s visit to the White House gives the African leader an opportunity to speak on behalf of the African continent, as one of the major economies, by addressing some of the concerns that investors, both within the U.S. and Africa, and many in the African diaspora have about the negative impacts of President Trump’s often targeted remarks about Africa.

“I think [this visit] is an opportunity for President Kenyatta to comment on President Trump’s often divisive remarks about Africa and the African diaspora. As a leader of one of Africa’s major economies and speaking on behalf of Africa, addressing the need for mutual respect would make a strong statement,” Ms. Novitske said.

Political and business experts underscored that while the Trump administration continues to explore ways to bolster trade and investment relationships with African nations, it also needs to make prudent and diligent efforts in curbing negative remarks, such as the ones President Trump have made about Africa and the African diaspora, otherwise it could undo a lot of the progress the U.S. has made on the continent as well as lead to potential fallout that will give its biggest competitor in Africa, China, a huge advantage.

Following his meeting with President Trump at the White House, President Kenyatta will also meet with several of U.S. major companies’ executives to promote Kenya as a trade and investment destinations.