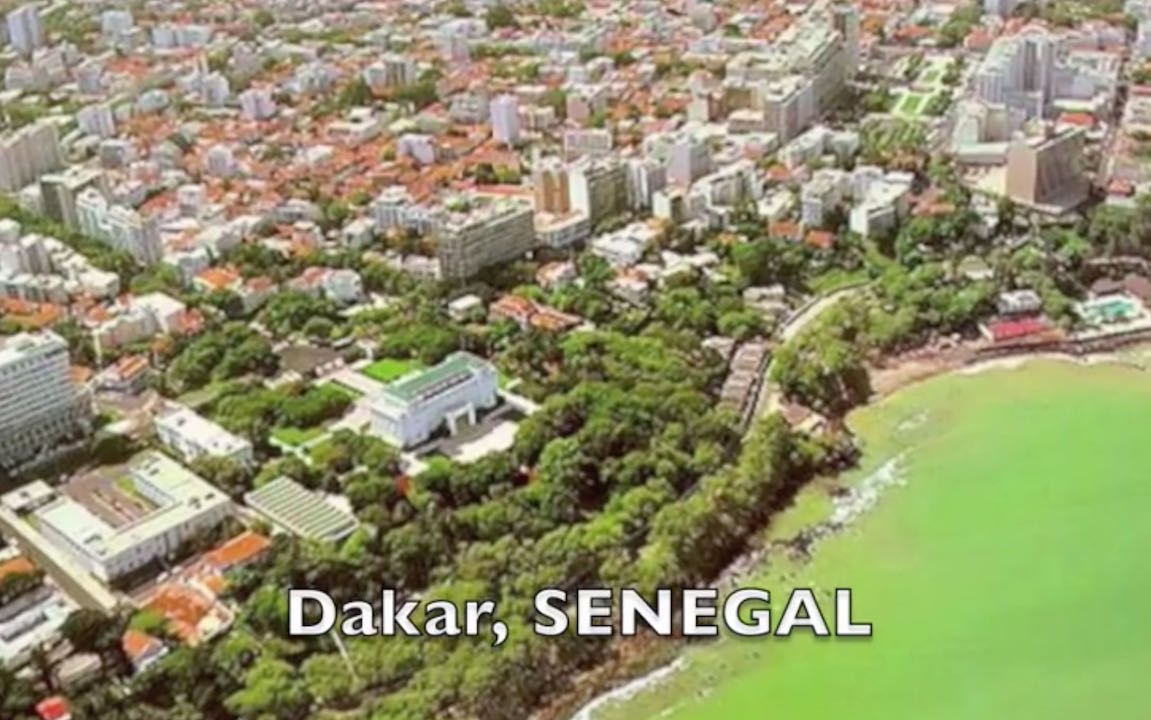 Few figured Senegal would ever end up as one of the middle income countries in Africa. But Senegal’s ascent, which began to take shape over a decade ago, represents a seismic shift in redefining Africa’s political and economic landscape.

Senegal, a West African country once considered one of the most poverty stricken countries in Africa, has slowly almost quietly gained international credibility few ever thought possible. Not only has the nation’s ability to keep its political climate stable become an exemplary marker for many other regional nations on the continent, significant strides made toward creating, and strengthening an inclusive environment comprising of civil society, gender diversity in political institutions, a respected legal system, a good education system and business friendly climate to accelerate economic growth and social development for its estimated 14 million population to exit the trap of poverty make its level of success comparable to that achieved by the continent most famous and advanced countries.

Take for example its democratic and business climates: Its non-military interference in political affairs in the country has contributed to the nation’s stability since its independence from France, making it one of the most successful post colonial democratic transitions in Africa. Its business friendly climate ranks among the 10 top business improvers worldwide in the World Bank’s 2015 Doing Business report.

The cooperation shown between national and civil leaders during the Ebola outbreak in the country, and the efficacy in which leaders swiftly responded to contain the virus has been lauded by the international community.

During the early 1990s when the country’s economy began to lose revenue streams, the country leadership took swift steps to curb and halt its economy from a downward spiral by quickly examining the country’s bookkeeping, performing a check and balance and deciding with the support of international donors, to instigate a major economic reform program that allowed it to decentralize and liberalize its economy, eliminate unnecessary government subsidies and government price controls. It also devalued its currency by 50 percent devaluation and as a result of all the action taken, Senegal’s inflation went down, investment went up and the GDP rose.

And talking about trimming branches to save a tree, in 2012, the government decided to dismantle its senate to save an estimated whooping $15 million. For those doing currency conversion, that’s a huge money saved for any country in Africa. Usually, we hear about this amount of money being stolen or transferred to national leaders’ personal account, not to the country’s saving account.

And as results of its national and local leaders eschewing personal monetary gains in favor of anti-corruption policies in business and political landscapes, the country has avoided the corruption diseases that have plagued many other African countries.

Its 2011 democratic election has been hailed by many foreign observers as mature.

And as its leaders continue to work on reforms and the ambitious new development strategy “Plan Senegal Emergent,” aim to move the country toward becoming an emerging market economy within the next two decades, investors are also seeing it’s more than a step sister to Africa’s Cinderella such as Kenya, Nigeria and South Africa.

As noted by Christine Lagarde, Managing Director of International Monetary Fund during a meeting in the country earlier this year, “Senegal is a country of many achievements. Your democracy has been a model for Africa, as exemplified by the diversity of this parliament. Your legal system is respected. You are recognized for your education system, dynamic civil society and strong civil service…The preconditions are in place, the opportunities are vast.”

Also contributing to the country’s attractiveness in West Africa is its burgeoning information technology-based services. Senegal is one of the few African countries that early on bridge the technology gap by becoming fully digitalize.

Cote D’Ivoire, the country was formerly known as Ivory Coast.

For over a decade, it was considered as one of Africa’s least dynamic countries due to years of internal political conflicts. But the political and economic tectonic shifts toward democratic institutions, transparency and good governance, and economic growth across the continent are at last being felt in this small West African country that was once known in the 1960s and 1970s as one of sub-Saharan Africa’s leading exporters of goods, -after Angola, Nigeria and South Africa.

Although political stability is relatively new in this Anglo-francophone country due to ethnic rivalry and differences-two civil wars sent political and economic shock waves through the country’s economy, nevertheless, its leaders’ efforts are making strides in revitalizing this once commercial and economic powerhouse-one of the world’s top agricultural producers of coffee, cocoa, pineapple and palm oil-back to its golden era.

It now ranks among the 10 top business friendly countries in sub-Saharan Africa for having improved its business regulations most in the past year among the 189 countries covered by the World Bank’s 2015 Doing Business report so that investors and businesses have ease access to starting a business in the country. To do this, it eliminated unnecessary requirements such as notifying the labor department before obtaining a business license. It made paying taxes less costly for companies by reducing tax rates on corporation income and on insurance contracts to remove barriers for foreign companies and small-medium enterprises.

At the epicenter of this current political and economic revitalizations taking shape in Cote D’Ivore is the current administration. Since taking office in 2010, President Alassane Quattara-a former economist for IMF – institutes austere measures that cut government’s wastes, improved business and investment climates in the country.

Started in 2008, the nation abolished unnecessary business requirements to make it easier to start and obtain a business licensing, reduce the time and cost needed to start a business, all resulting in faster trade

In early 2000s, the country was involved in one military coup after the other that resulted in military and civil unrest and public uprising that led to death of 180 people. Yet, despite these set backs, business practice/ climate has been moderate, tolerant and adapted to domestic and international investors and investments.

Each component of the political and civil society are given the ability to contribute to the development of the country while national leaders actively work together with its civil society leaders to ensure that the political tolerance and ethnic relations between its population remain amicable and the population enjoys a good inter-ethnic relationship.

Historically, Cote D’Ivoire’s main industry has been agriculture with cocoa and coffee being the largest export products. Diversification of agriculture for export and encouragement of foreign investments in financial services, mining, tourism, healthcare services are huge factors in spurring the growth turnaround. Hershey and Nestle are among long-term foreign cooperations established in the country.

And it is not just established cooperations that are taking a second look at this country. Businesses and investors like Abraaj Group that are looking outside the typical investment markets see the country as up and coming and obviously is getting a head start of the crowd.

In looking at these two countries, we couldn’t help but see that there seems to be more better, positive political stability results with post colonial Anglo-francophone countries in Africa than their counterparts Anglo-saxophone countries. Perhaps they just learned from the mistakes that other countries have made and do their best to avoid falling into those pitfalls.

But the prize points in these countries- they have stable political and offer a relatively safe economic environments. They are not yet investors-tourism haven and offer plenty of rooms for businesses and investors to build, invest, grow, make money and at the same time, do good.