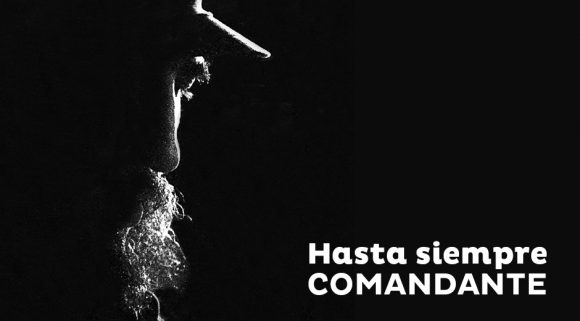 Many viewed Castro as a dictator and tyrant, nevertheless, he had his admirers around the world and world leaders, including African Heads of state mourned his death and expressed their condolences to the Cuban people.

The former Cuban President Fidel Castro Ruz, who led the Cuban Revolution in 1959 and dedicated his entire life to the sovereignty right and statehood of Cuba and its citizens, has died.

According to the Cuban State Television agency, the controversial former leader who stepped down from presidency in 2008 after 32 years of ruling passed away Friday after a long illness.

Castro, who outlived several American presidents and assassination attempts on his life, came into power in 1959 as Prime Minister of Cuba after he led a revolution that overthrew American-backed General Fulgencio Bastita. He led the country as president from 1976 until he handed power over to his younger brother R. Castro in 2008.

Known in Cuba as “El Comandante” among his fellows, he was the world’s longest serving President, and guided the country through a significant and an extraordinary time of political and social reforms, including building one of the world’s most admired healthcare system in the country and achieving one of the highest number of citizens literacy in the world, despite the economic embargo imposed upon it for several decades by the U.S. following the 1959 revolution.

In 2015, diplomatic ties were restored between Cuba and the U.S. by the Obama administrations, marking a historical shift in relationship and White House policy towards the Island nation since 1962.

Earlier this year in March, President Barack Obama and his family became the first sitting U.S. President and first family to visit Cuba in nearly a decade.

Castro was also one of the international figures and Heads of State who advocated for an end to global hunger, elimination of international debt and equal right world of trade among countries. He spoke against South Africa Apartheid and called for the release of Nelson Mandela from prison. Mandela later became South African first Black President.

Though some of the social and economic progress he introduced to Cuba came at the expense of civil society’s rights, which many of his government critics hammered upon, on the international platform, he advocated for Cuba’s right to autonomy as well as other developing countries’ rights to non-Aligned Movement.

Many viewed Castro as a dictator and tyrant, nevertheless, he had his admirers around the world and world leaders, including African Heads of state who mourn his death and expresses their condolences to the Cuban people. 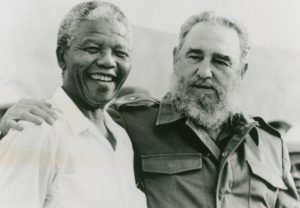 “After South Africa gained freedom in 1994, Cuba and South Africa, under Presidents Castro and Mandela respectively, formed a strong bond of solidarity and friendship.”

The Nelson Mandela Foundation fondly recalls Castro as a loyalist and a close friend of former President Mandela, who stood with him in solidarity and with the anti-apartheid movement, and provided assistance when most of the other countries rejected them during the apartheid period.

President of Namibia Hage Geingob said “the death of Fidel signals the end of an era. Our comrade is no more but his revolutionary legacy will remain with Namibia forever.”

President of Ireland Michael D. Higgins said “Fidel Castro will be remembered as a giant among global leaders whose view was not only one of freedom for his people but for all of the oppressed and excluded peoples on the planet.”

France’s President Francois Hollande said “Fidel Castro was a towering figure of the 20th century. He incarnated the Cuban revolution.”

U.S. President Barack Obama offered his condolences and said in a statement that America “extend a hand of friendship to the Cuban people,” as they mourn the death of Fidel Castro – a man who “altered the course of individual lives, families, and of the Cuban nation” and who “history will record and judge the enormous impact of this singular figure on the people and world around him.”

“Today, we offer condolences to Fidel Castro’s family, and our thoughts and prayers are with the Cuban people. In the days ahead, they will recall the past and also look to the future. As they do, the Cuban people must know that they have a friend and partner in the United States of America.”

in News, World Briefs
Trump Admin Redesignates Cuba as State Sponsor of Terrorism
in Business, News
Rothschild Elects New Board
in Inside Africa
Changing Africa’s Narratives, One Story at a Time