by Editor
in Business, Economy

In an effort to continue strengthening its relations with African countries, the U.S. government, through one of its governmental agencies, the U.S. Trade and Development Agency, has awarded a grant to Kuikila Investments, Lda., for exploration of a 78-megawatt thermal power plant project in Mozambique.

He added that the project will create opportunities for a significant amount of American equipment exports. 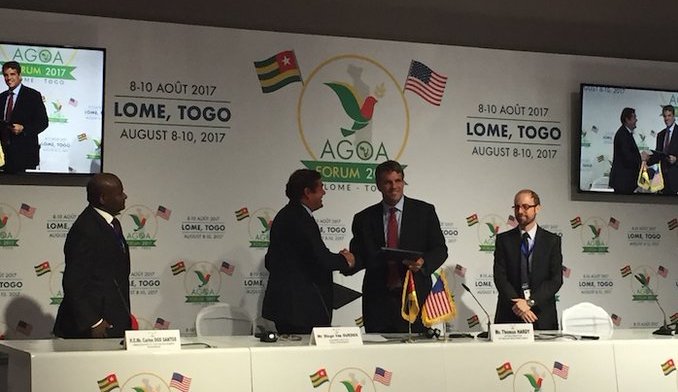 Mozambique, located in Southern Africa, has the third-largest amount of natural gas reserves in Africa, and the sector presents tremendous export opportunities for U.S. industry.

The thermal power plant project will also allow Mozambique to develop and modernize its power generation and transmission infrastructure.

Mozambique-based Kuikila Investment, a private sector power developer, has been working on various gas-fired thermal power plants with the Mozambique government for five years, supporting the country’s development through reliable and affordable power.

The company has partnered with Washington, D.C.-based financial services firm, Delphos International, Ltd to collaborate on the project.

Diogo Vaz Guedes, Chairman and CEO of Kuikila  said his company is pleased to partner with USTDA and Delphos, adding that the “grant represents an affirmation of our efforts.”

The companies are looking to accelerate the process of getting the project to financial close.

The 78-MW gas-fired thermal power project, which will be located in the Chokwé District of Mozambique’s Gaza Provincean, is a microcosm of the Trump administration’s reciprocal trade policy and strategic approach with African countries that builds upon notable successful programs from previous administrations such as AGOA, Power Africa, with the goal of establishing new programs that would lower barriers and tackle other trade restrictions that impede trade and investment.

The AGOA program was launched by the Clinton administration and renewed by consecutive administrations. The program helps promote bilateral trade relations, and economic opportunities that are advantageous to both the U.S. and African exporters and service providers.

U.S. Trade Representative Ambassador Robert E. Lighthizer, who led the American delegation to the meeting in Lome said the success of the AGOA program has provided a framework for U.S.-Africa’s trade policy and economic engagement for the last 16 years.

Speaking at the forum to audience which included African leaders, African trade ministers, trade representatives, civil society leaders, business leaders and the private sector from across the African continent and America, Ambassador Lighthizer said “The United States is committed to Africa.  We see great potential to grow and deepen our trade relationship, with the goal of establishing a true partnership for the future.”

Ambassador Lighthizer acknowledged that much has changed in Africa in terms of trade and economic growth, and competitiveness on the continent since the launched of the AGOA program 17 years ago. For example, he noted, in the last decade, the continent boost some of the top performing economies in the world, including Togo, and despite the downturns of some of sub-Saharan African leading players such as South Africa and Nigeria, the real GDP has remained satisfactory.

“The Africa of today is not the Africa of 17 years ago,” said Ambassador Lighthizer. “We live in a changing world and much has changed in Africa over this period.  For instance, the United States is importing over one billion dollars in luxury automobiles from Sub-Saharan Africa annually.  Meanwhile, some AGOA partners are implementing reciprocal trade agreements with major developed economies that compete with the United States.”

He said much work needs to be done with the AGOA partners to promote fair trade, foster an improved business environment, and create economic opportunity that lays the groundwork for the next stage in the U.S.-Africa trade relationship.

“Let us focus on ways we can achieve deeper commercial engagement now while working towards greater reciprocity in the future to ensure that sustained political support for our trade relationship goes forward,” said Lighthizer.

Lighthizer, who signed a letter approving an AGOA textile and apparel special visa for Togolese entrepreneurs, said President Trump is committed to strengthening U.S. relationship with the countries of Sub-Saharan Africa.

The visa will permit Togolese entrepreneurs to take advantage of the many textile and apparel benefits available under the AGOA program, he said.

Mr. Hardy along with Mr. Vaz Guedes, Ambassador Carlos dos Santos from the Mozambique Embassy, Albert Osueke from the USAID Power Africa Coordinators Office,  along with representative from ContourGlobal.