by Editor
in Business 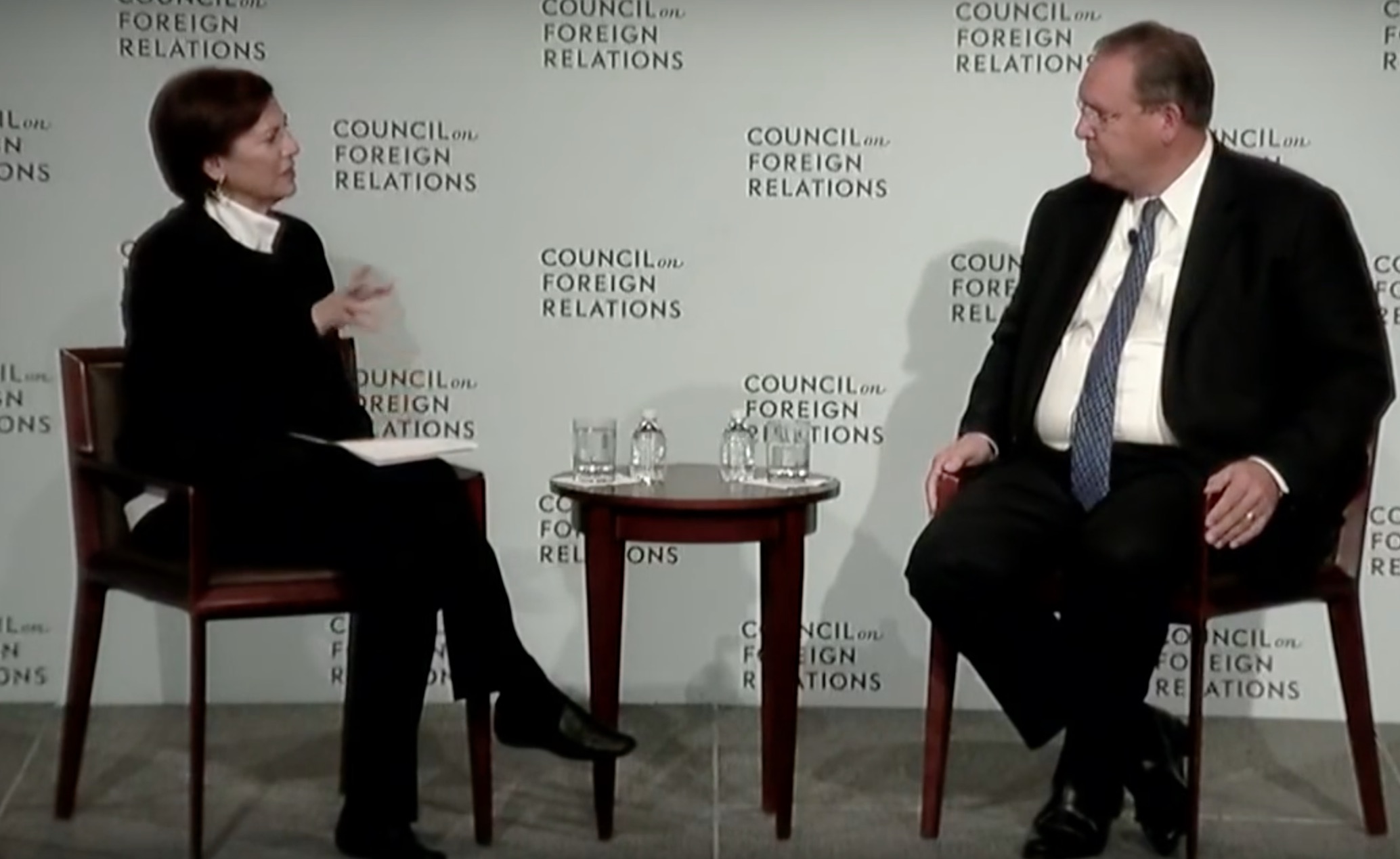 During a CEO Speaker Series event at Council on Foreign Relations, UTC President and CEO Gregory J. Hayes shares his views on globalization and its impacts on American workforce.

“Our problem today is that more advanced manufacturing jobs are left unfilled and our nation hasn’t dealt proactively with the dislocation associated with globalization,”

United Technologies Corporation President and Chief Executive Officer Gregory J. Hayes urged the business community to coordinate with local, state, and national governments and their local community colleges to come up with agendas and training programs that will help create and fill longterm employment for Americans.

“Our problem today is that more advanced manufacturing jobs are left unfilled and our nation hasn’t dealt proactively with the dislocation associated with globalization,” stated Hayes. “The skills that drove manufacturing prowess over the last century will not help us in the next century.”

The solution: Companies and businesses need to invest in employees’ education, retraining and advancement programs.

Speaking to members of the Council on Foreign Relations at the headquartered in New York, Mr. Hayes acknowledged that globalization and free trade programs have a real impact on the world’s economy and workforce – one of the issues that have been talked about frequently on the campaign trail by both presidential candidates.

“There’s certainly no question that globalization, free trade, innovation and productivity have advanced the world,” acknowledged Hayes. “But we also need to recognize the challenges these trends create. From a business perspective, technology and process improvement has been transformational. Productivity has reduced the number of workers and changed the type of skillets to perform most jobs.”

However, Hayes cautioned governments against “developing an isolationist approach,” or reversing the current trade programs, – as the 2016 presidential candidates have indicated they might do once in office, which he stressed “will not create growth or jobs nor will it make any country great.”

He said alternatively the key to remaining competitive in the global markets is to have an educated workforce that is equipped with the proper skillsets for their job. 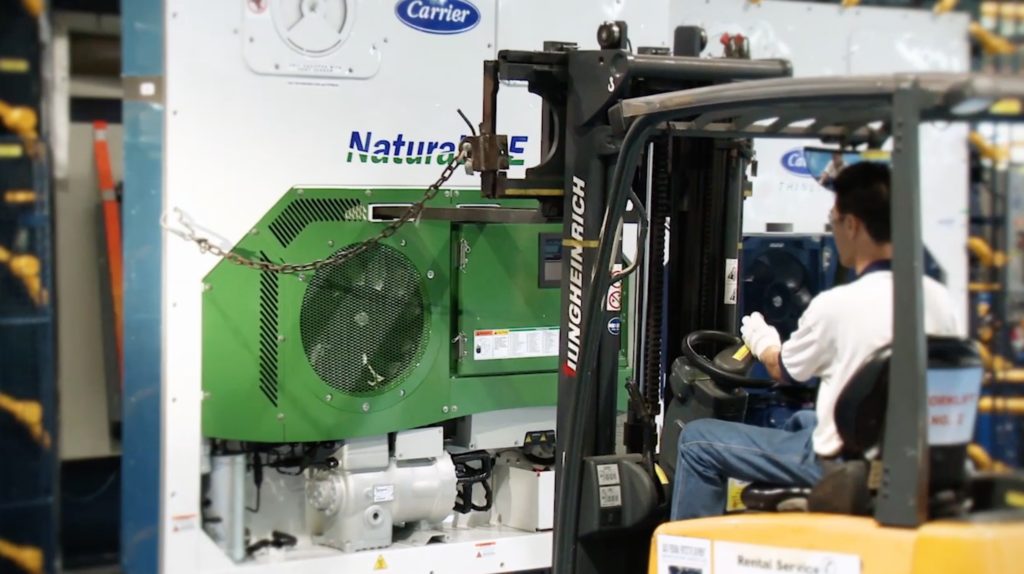 An employee at one of United Technologies Corporation manufacturing plant

Companies can help create this, he recommended, by empowering employees with lifelong training and education through programs such as employees’ scholar program, which will prepare the workforce for the next job.

“The skills that [we] have today are not necessarily going to help [us] tomorrow, [we] have to continue to build those skills – and think of ways to better yourself,” said Hayes. “We need to have the best educated workers – for example, when I started right out of college, there’s were no public computers – it wasn’t until two years later that I got my IBM, a big machine with two floppy disks. Today, I run the business on iPad. it’s amazing what technology has done. But the skills I came out of college with are not the same skills that I need today to be successful and it’s like that across the board – organization.”

Mr. Hayes’ remarks echoed International Monetary Fund’s Managing Director Christine Lagarde’s remarks to business leaders and international policymakers in New York last month when she made a urgent plead to the business community to step up in promoting an inclusive global society by helping to close socioeconomic inequalities through technological innovation and job creations.

“Policymakers face a major challenge—and they cannot do it alone. We need every creator of jobs and growth to step up. I am talking, of course, about business,” said Lagarde. “Business, after all, benefits from a more inclusive society because inclusion supports more durable growth and broader prosperity. I also believe that business is uniquely placed to support inclusion.”

Ms. Lagarde was speaking about the role that businesses and the private sector at large can play in ensuring the technological divide and inequality gap in societies are closed

“The relationship between technology and inclusion is a matter of vigorous debate. Some studies suggest that technological innovation can exacerbate inequality—with robots reducing people’s pay, or even taking their jobs,” Lagarde continues in her remarks.

She noted these concerns are not new and should not be dismissed as nonsensical or idiotic. “That would not be fair,” she said. Instead, such concerns should be earnestly acknowledged—“for example, by investing in skills and social safety nets.”

Lagarde however, reiterated the benefits of technological innovation for communities at large: “We must also, however, appreciate the positive side of technological innovation. If harnessed, it has the potential to support inclusion, creating opportunities for people to participate more in the economy and reap more of the rewards. Think, for example, of the so-called “app development” or “gig-economy.” While by no means perfect, it is removing many people’s reliance on traditional business structures, creating new opportunities for millions of individuals to realize their potential.”

Hayes shares Lagarde’s perspective by stating that it is important for businesses and CEOs to have a long term view. Haynes continues that part of that long term view should include employee investment, which must be seen as not just keys to a happy American workforce but also a linchpin for a successful company.

“At UTC, our employees are the most important assets we have in the company to satisfy our customers,” Hayes said. “If businesses take the altitude that employees are really the linchpin to success-, employees innovate, companies don’t innovate and I think businesses have to take a long term view.”

Hayes said UTC has spent over $1.2 billion on employees’ education program – with employees taking the advantage to enroll and take advanced courses that will prepare them for promotion within the company.

“We have the best, brighter and most highly educated employees and we need those people to be successful not just for today, but for tomorrow. That’s why we see education as one of the most important investment that we can make. And I believe business needs to do a better job of helping our workforce seize the opportunities that are only available through education,” said Hayes.

The company has seen returns on its investments with fewer employees turnovers from those who have participated in the retraining and advancement program staying longer term with the company because of the opportunities presented to them for advancement.

When asked about jobs relocation overseas from America, Hayes said there’s no easy answer and it’s not an easy decision for most CEOs. He cited costs of production and services, and the ability of workers as major factors in most CEOs’ decisions to close a manufacturing plant or transfer production overseas due to customers demand for lower costs. “When cost is your first question that a consumer asks than quality, [businesses] have to drive for the lowest cost if they want to stay in business.”

Hayes added that CEOs are under pressure to perform and the real challenge for most is not to budge under pressures from investors when making unpopular longterm investments on behalf of the company.

“We have to invest in today. This year [UTC] will spend over $2.3 billion on research and development. We can grow earnings this year, all I have to do is cut the R&D, employees’ scholar, but for the long term good of the business – that’s a pressure that all CEOs faces to be able to stand up to things- when investors push [CEOs] to do dumb things, you have to say no, that you’re going to do the right thing for the business, be able to withstand the pressure to say no – we’re going to do what’s right for the business over the long term,” said Hayes.

Hayes concluded by saying it’s not cheap to do what his company does. “It’s not cheap to train people – to invest in employee scholar program – but if you have a long cycle business like we do, it imperative that you take a longer term approach and invest in the horizon- it’s the same thing as build a jet engine – i have to have a long term view, and it;’s the same view that I have of our employees. I think too many times, people get caught up in short terms view – it’s an easy thing to cut, you can cut employees’ training, benefits and things like that. it’s the wrong thing to do. you need to figure out how to be competitive with the people.”

Hayes also called on the business community to take the lead in ensuring environmental sustainability as well as in helping to achieve the climate change goals.